The Tale of Teddy

This isn’t a story about neglect, or an accidental litter, it’s one that is bitter-sweet, and out of all the rescue stories there are, in some ways this type is one of my favourites. It breaks my heart and at the same time reminds me there are beautiful owners out there who are willing to do the right thing by their pets, even if that means saying goodbye.

About six weeks ago, Teddy and his brother were surrendered to the rescue. Unfortunately, the pair had become hormonally aggressive, and their owner wasn’t able to get them the neuter they needed to restore a healthy hormonal state. So their owner made the incredibly difficult decision to surrender to Rachie’s Ratirement Home to get the two boys the help they needed so they could continue to have a wonderful life. 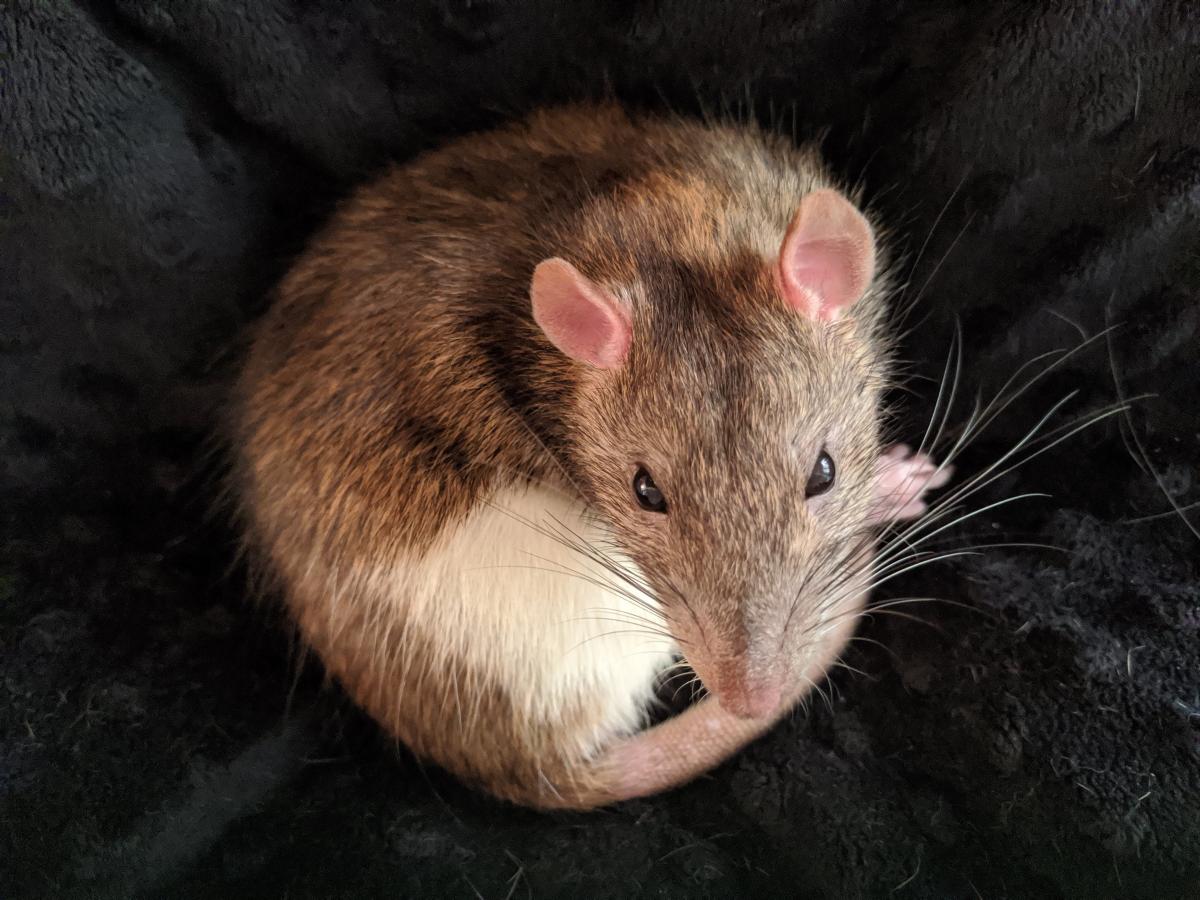 I said my own goodbye of a different kind a few weeks ago when I had my first RRH rescue, Aria, put to sleep after her quality of life was diminishing. Just like Teddy’s owner, I made a decision out of love, but it didn’t take away the pain I felt from having to make it.

Through the tears and the grief, one thought was constant – while I can never replace a life lost, I can offer a home to another waiting for their new family. And with that thought in mind, I filled out an adoption application.

For those of you who know Squeak’s story and journey, you’ll know we couldn’t just have any rat join our mischief. It would be up to her as much as us and her sisters about who could join our family.

Rachie suggested we foster Teddy as he healed from his desexing surgery, and once he was ready to meet our girls, if they got along, then we could adopt him. As Rachie said in a recent Facebook post, Teddy not only won over my heart, but also Squeak’s (“the one-eyed terror of the southeast”). 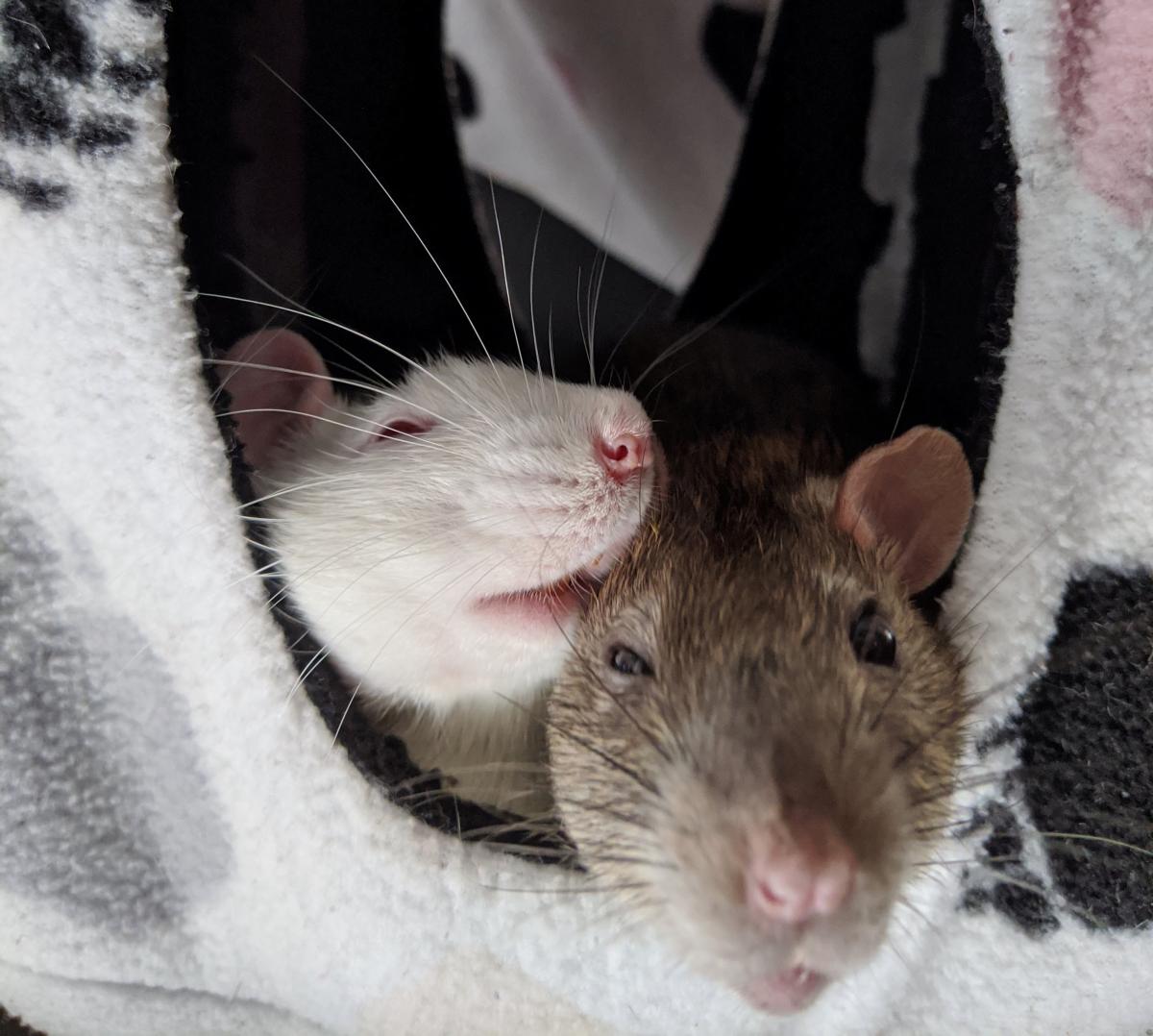 To Teddy’s first owner, I thank you for making such a difficult decision in allowing Teddy to go from one loving home (yours) into another.

He spends a good deal of time snuggled up in a minky hammock with one or more of his sisters, and rushes to the front of the cage whenever a human walks past. He also loves playing chase at the bottom of the cage or during free roam time – either with his sisters or with us. It’s clear how well-loved Teddy was prior to joining our mischief (I suspect his sweet and cuddly nature is how he got his name), and I hope we can continue to watch him flourish. 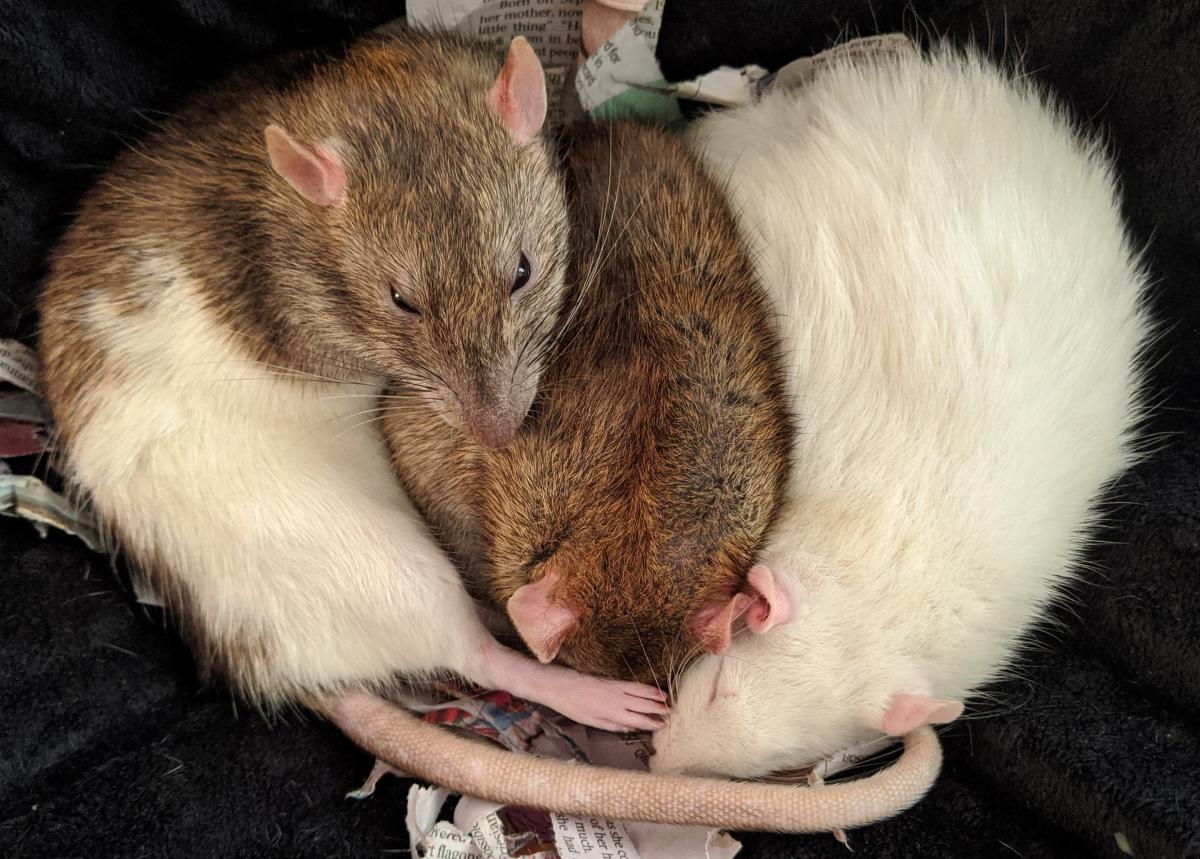 Like most hormonal aggression cases, Teddy’s aggression melted away once into the post-op recovery phase, and now he’s the perfect snuggle buddy for both humans and rats alike. While the desexing surgery cost is covered by another desexed rat’s adoption fee, in order to continue these vital operations, we need the support of the community.  If you are able to help rats just like Teddy, please consider making a donation to the rescue.